Ratrocity [Rat atrocity in my HYUNDAI] 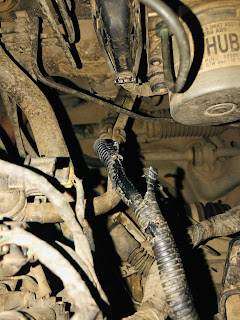 Rat atrocity in my HYUNDAI

In Mahabharatha, Vidhura’s role is of very great importance.   He tried his best to advice Drithrashtra, Dhuryodhana and others to follow dharma.

They did not respect vidhura’s advice.  But, vidhura did not give up.  He extended his advice to the maximum possible whenever and where ever necessitated .

Kauravas planned to send pandavas to a palace of wax [LAKSHAGRIHA] which was specifically built in the forest of Varanavrat.  The plan was to fire the Palace on the new moon day night when everyone would be deep asleep.

Not knowing about these cunning plans, Pandavas agreed to go along with their mother Kunthi.  But, Vidhura sensed.

Before Pandavas started to the forest, Vidhura asked Dharmaputra the eldest of Pandavas a question, “which animal will survive in the forest fire?”

On the way, Dharmaputra was pondering over what Vidhura asked and why.  He found the answer, it is RAT which will escape the fire hiding itself under the ground for fire can’t travel underground.

After reaching Varanavrat, he asked Nakul, one of his brothers, to search for any tunnel.

Nakul after searching came with the answer that there was a tunnel underneath the couch.  All of them escaped from the fire through the tunnel without affected by the fire set by the cunning kauravas’s servants.

But we cannot pay thousands of rupees as guru dakshina.

This pandemic has made many changes in everybody’s life.  ‘Work from home’ gives rest to our Cars too.  Rats play with their family and friends day and night , biting the tube supplying petrol to the car engine.

So strong are their teeth and nails indeed!

Will the manufacturers of cars take these menace into consideration atleast in the future?

Posted by naturalhometherapy.in at 7:28:00 AM No comments:

MARRIAGES MADE SIMPLE - THANKS TO CORONA

MARRIAGES MADE SIMPLE - THANKS TO CORONA

In India, especially in the south, people spend lakhs and lakhs of money in their daughters' marriage.  Though, the dowry system has dropped down considerably, people has started spending lavishly, voluntarily, without anyone's demand.

Whether they have sufficient money is of least concern.  They borrow without any hesitation and spend saying, "It is for my beloved daughter I am spending.  Marriages occur only once in a life time.  So it must be as grand as possible.  I can work hard to earn enough to pay back my debts."

For example, the kalyanamandapam [choultry] which they take for rental for a day or two are charged heavily.  It ranges between one lakh to even eight to nine lakhs.  Though there are choultries which costs fifty lakhs and even more are exclusively for the rich and the Elite group, needless to say.

Secondly, the varieties of food items served in the marriages are so costly.  Most of the people waste a large portion of food and they are thrown into the dustbins.  The plastic sheets being spread on the dining table[on which plantain leaves are spread to serve food] before every new batch sits for either tiffin or lunch or dinner adds to the pollution on the earth.

The 'pandemic' corona though affected/killed many all over, has helped the above said categories of people.  They need not spend this much money.  They conduct marriages in their own houses with limited invitees.

The Emperor Corona has erased the element of 'false prestige' in many people.  The perception towards the society has completely changed.

Simple but quality living
helping the needy
serving the poor
keeping the surrounding clean
Not wasting anything, food in particular
..........
Posted by naturalhometherapy.in at 4:43:00 AM No comments: 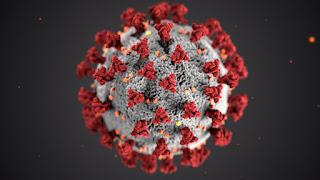 The entire World indeed is in agony, credit goes to "His/Her holiness Corona"
No sooner the year 2020 started, no, no, even earlier in the last quarter of 2019 it began --- unexpected, untimely, most unfortunate deaths, they cannot be labelled 'cause-- corona' though.

कस्य ते कस्य वा भवान्//
This is a quote from Banabatta's Harshacharitha.
Meaning goes thus, thousands of mothers and fathers, hundreds of children and wives, being vanished in every era, whom are they and whom do you belong To?
Even the strongest of the strong mind will naturally get disturbed.
Those who are steady should thank their ancestors for a healthy 'GENE'.
'Suicide' attempt because of depression is not a wise decision. Have good friends, relatives who are adorable, share your grief/sorrow for
"EVERY SORROW SHARED BECOMES HALF
EVERY JOY SHARED BECOMES DOUBLE"
We are born to live, take some responsibility, try to solve the problems, take help from others, help others too.  Death is inevitable, let it come as desired by the Nature.  Let us not decide our Death.
Our parents, grand parents lived a less comfortable life, what are all we consider compulsory now a days, were considered luxury in their days, but they lived with contentment.  We too can follow their foot steps, why not?
Running every nook and corner of the town/city/states/nations were the practice of most of the population for some or other cause or no cause!
Now a complete arrest rather a house-arrest.  This is something unusual, uncommon, unnatural, unbearable indeed!
BUT,
If and only if you go out and bring corona home, it will come to your house.  So, stay behind.
If going out is very much necessary,   wear mask, follow social distancing, wash your hands, clean completely when you are back home.
Tea/kashayam made from herbs like tulsi, ginger, turmeric powder and what every herb you have added with a few drops of lemon juice and honey, goes a long way in curbing corona.
CHEERS MY DEAR BEINGS!!!
Posted by naturalhometherapy.in at 9:09:00 AM No comments: